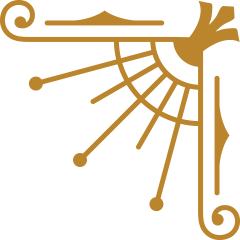 The Borror family has been in the Real Estate business in central Ohio for more than 60 years with a goal of growing and improving this great city through development, construction, and management. During that time, the Borrors have supported many nonprofit organizations in Columbus.
Community involvement starts at the top. Doug Borror, CEO of BORROR, is active in the community, just as his father, Don Borror, was during his lifetime. Borror family members have been giving back to central Ohio communities for years, and they continue to foster that ideal in the BORROR organization. The family foundation, established in 2004, helps to strengthen that mission.

The Borror Family Foundation fosters targeted and strategic corporate giving, focusing on organizations whose efforts and goals are far reaching in numbers, and whose ethics and values mirror those of the Borror family. Of particular interest are education and youth development programs, healthcare services that promote wellness, social service programs that help people in transition become self-sufficient, and civic organizations that support emerging communities.

In recent years, the Borror Family Foundation participated in two OhioHealth initiatives near and dear to the family, the Birdies for Buddies golf tournament benefitting prostate cancer research and the OhioHealth Neuroscience Wellness Center. The foundation and BORROR team also took part in the Dress for Success luncheon, an organization founded to empower and support women in achieving their goals, both professional and personal. The Borrors believe in giving back to the communities that surround them and have thus sponsored the Short North Gala and Friends of Goodale Park. Other organizations of note include Stonewall Columbus, United Way, Harmony Project, and Celebrate One Community to name a few.

The commitment to giving back to the community has spread throughout the entire BORROR organization — not only in the form of charitable giving — but also in the gift of time; team members serve on boards, volunteer, and raise money for a wide variety of causes.

All grants from the Foundation are board directed in support of the Borror Family’s targeted areas of interest.