2018 was a big year for Borror! We continued to lease our high-end apartments Downtown, in the Short North, and across the City of Columbus. We also moved and expanded our headquarters, and celebrated a milestone of 10 years in business.

1)  We Celebrated 10 Years in Business

In July, we celebrated our 10th anniversary, marking an incredible success story of growth. CEO Doug Borror and I launched Borror in 2008 after leaving illustrious, two-decade careers with Dominion Homes. In just one decade, we grew from a team of two to a staff of over 100, from a portfolio of 1,062 properties to over 15,000 rooftops in Central Ohio. 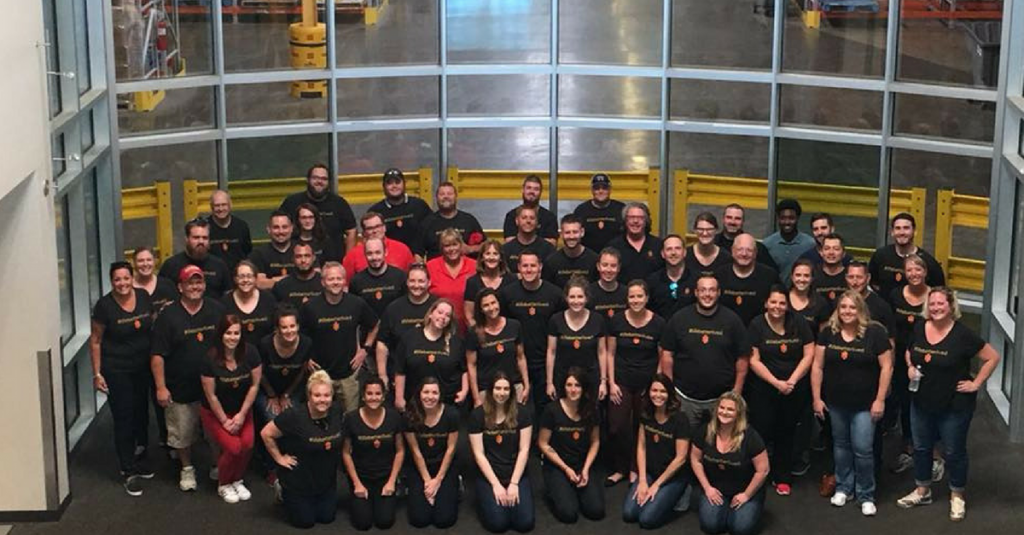 After 10 years in Dublin, we moved our corporate offices to the Offices at 985 High at The Castle in May. The 8,000-square-foot Borror Office space is home to approximately 30 employees. The roomy new space allows for continued future growth and accessibility to downtown. We have all become Urbanites walking to lunch, catching the Cbus, and enjoying city life. 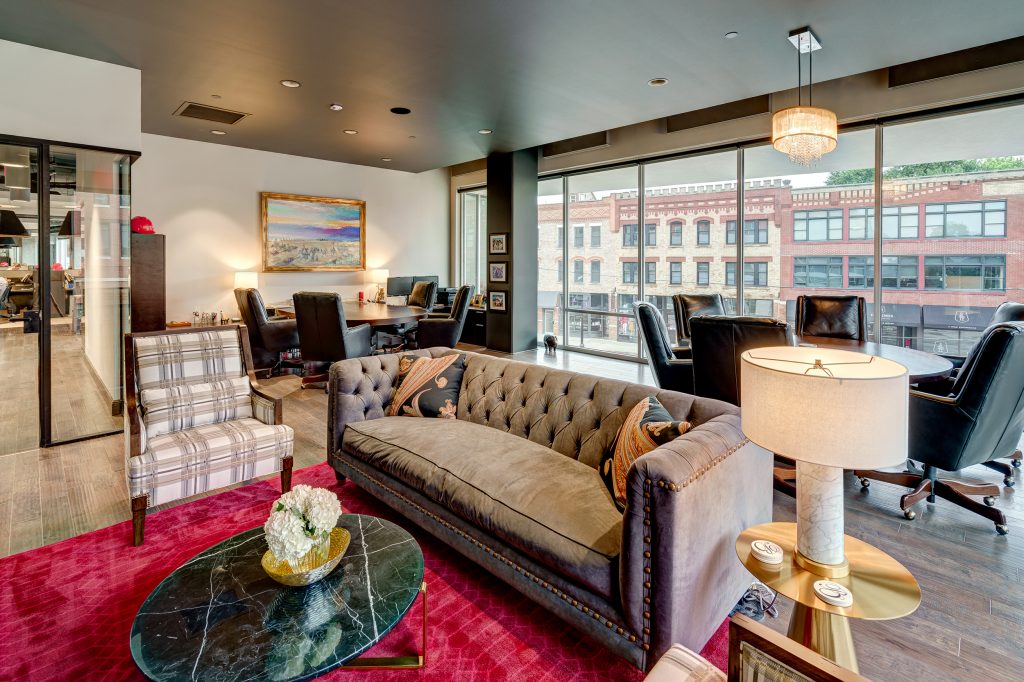 3)    Leased and Opened All Retail in the Castle Building

We leased (and opened) all retail space in the Castle Building, welcoming White Castle, Penzone Salons + Spas, Orangetheory, and Vamp Official. We are thrilled to have these upscale businesses with us, and open for all to enjoy. 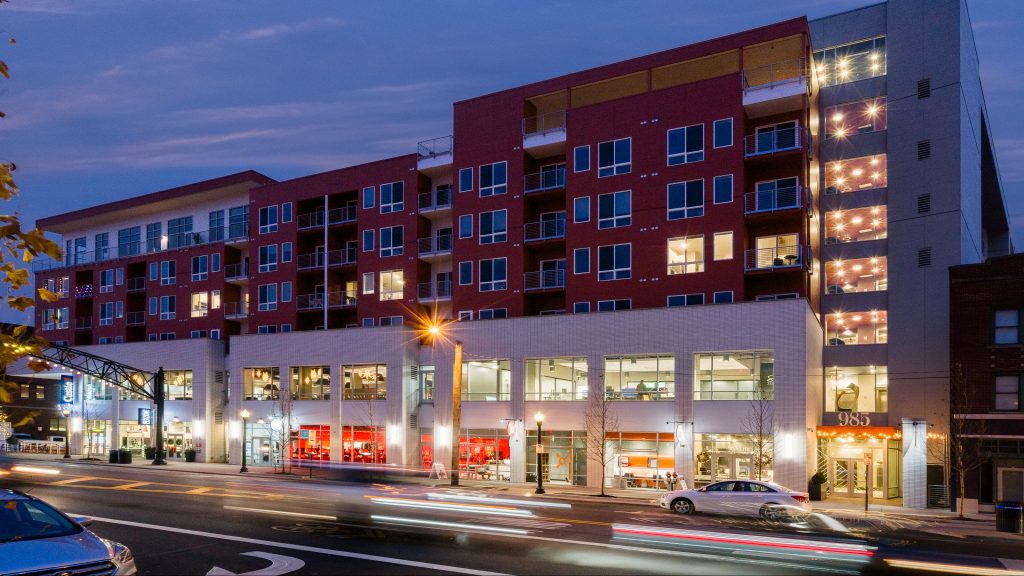 This year, we moved the first residents into their luxury apartments at 985 High. These high-end apartments feature top-of-the-line finishes, a beautiful rooftop deck, and a state-of-the-art workout facility with fitness on demand and more.  Living at 985 is certainly a Life. Better lived. 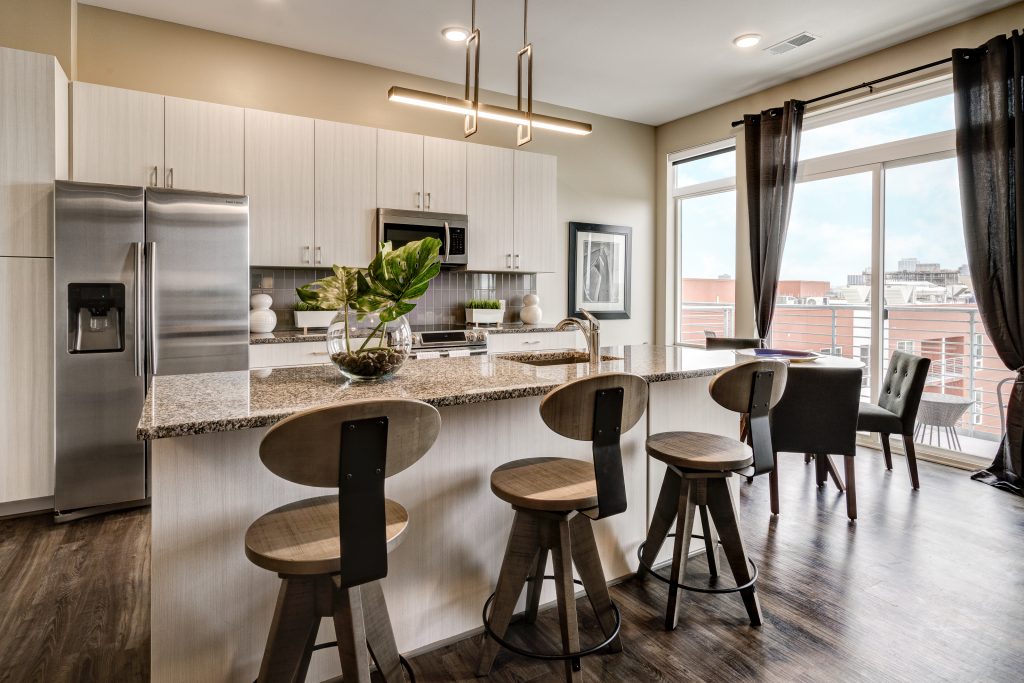 303 celebrated it’s one year anniversary this year, and we are proud to announce that the apartments have all been leased. 303 is located in the heart of Downtown Columbus, just blocks from jobs, entertainment, shopping, parks, and trails in the Riverfront District. 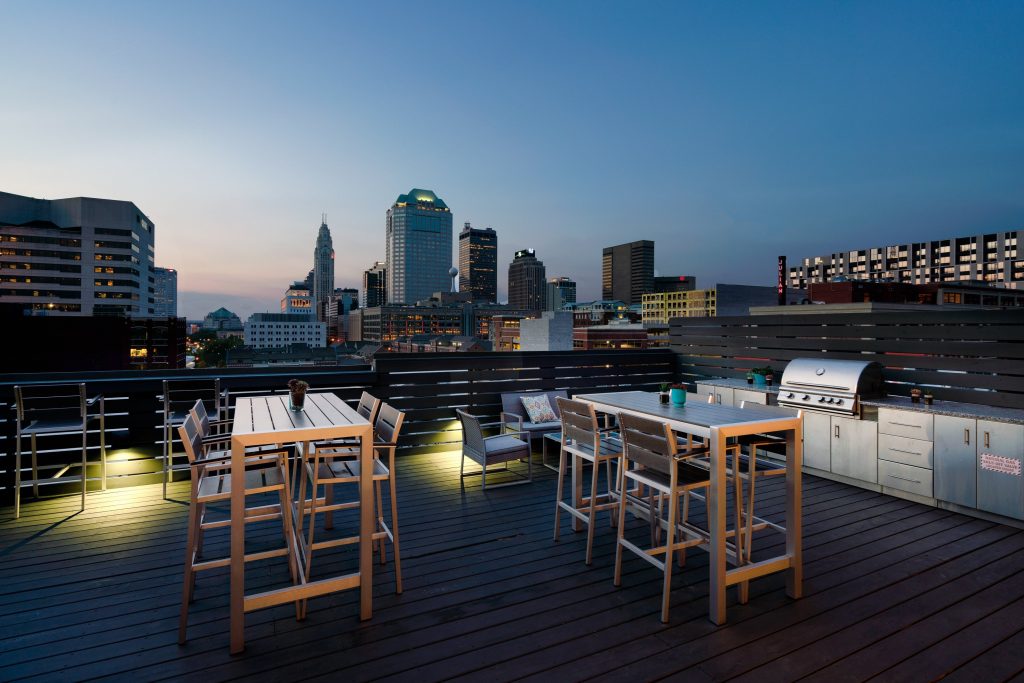 We added to our third party apartment management portfolio, a key offering for our company. Columbus Business First has recognized Borror as the second largest residential property management company in Central Ohio.

We purchased the ground and started the Xander on State project, which will open in 2020. The six-story, mixed-use development is set to be the biggest residential and retail hub along Downtown Columbus’s eastern edge, with 221 boutique apartments and 15,000 square feet of commercial space. Read more about the unique name here. 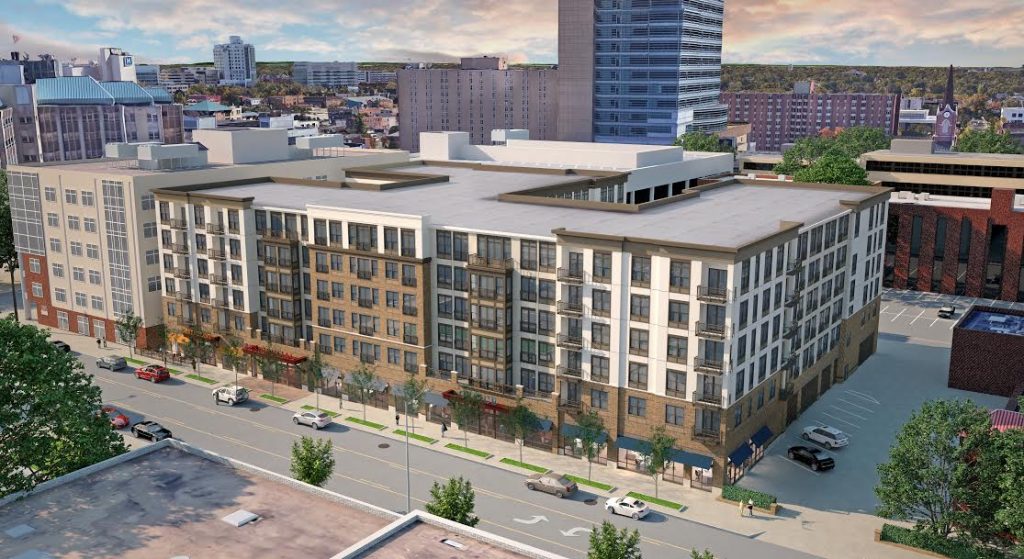 Our team made progress on the design and zoning of the Long Street project on the Near East Side. The project includes four three-story buildings on a two acre site, which will contain 135 apartment units and approximately 10,000 square feet of commercial retail space.

We kicked off the Borror Family Foundation fundraising campaign for Mayor Ginther’s Early Learning Center in the Hilltop. Read more about the campaign here.

I want to thank all of our team members and residents for making 2018 such a great year. Happy holiday wishes to all and looking forward to the year ahead!

Developments feature spacious, flexible floor plans and high-speed internet access Having the capability to work from home has never been more important, and an apartment optimized for working from home is poised to become the latest must-have...

2019 was another great year for Borror! We celebrated a year at our expanded headquarters in the Short North, opened a celebrated new development in Italian Village, and continued to lease our high-end apartments in Columbus’ most...

2019 was an exciting year for BORROR. We remain committed to offering life better lived and the best downtown living experience to our residents. Take a look back with us at a few of our highlights from...